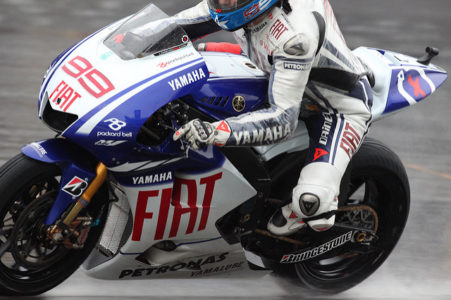 I can still remember getting on a two wheeled vehicle that included a motor for the first time.  It was not a motorcycle like the one pictured here.  Instead, it was a low powered moped.  I was 17 years old and I loved cranking up the throttle to maximum and literally buzzing around the town of Ocean Shores.

I was on a trip with friends from high school.  We decided it would be a great idea to ride the mopeds on the beach 3 and 4 abreast and even ride directly at one another at times. To avoid a collision with one of my fellow riders I accidentally drove into a soft patch of sand and tumbled off the moped.  Because I was 17 and I was on the sand, I was uninjured except for a slightly sprained elbow.

Most riders are not so lucky.  Motorcyclist deaths occurred 27 times more frequently than fatalities in other vehicles, based on 2014 fatal crash data.  According to the National Highway Traffic Safety Administration, motorcyclists in general are six times more likely to be injured than those in other types of vehicles.  In 2015, 4,693 motorcyclists died in crashes.  Thirteen percent of all motor vehicle crash deaths in 2015 were those on motorcycles.  This is more than double the number of motorcyclist deaths in 1997 according to the statistics presented by the Insurance Institute for Highway Safety.

There are a number of potential reasons for the increase in deaths.  Interestingly, the age of the riders fatally injured has steadily increased from just three percent being 50 and older in 1982 to 35 percent in 2015.  Also, engine size has gone up significantly.

Obviously, riding a motorcycle is much more dangerous statistically than driving a car.  Anecdotal evidence suggests there is also a bias among some police officers and the public that the motorcycle riders are generally going too fast.  This is not true, and in litigating motorcycle collisions it may be necessary to point out that a motorcycle may be louder than a car but that does not mean it is going faster.  Also, just because a person is on a motorcycle does not mean they are entitled to any less consideration from other drivers.  Indeed, the opposite is the case because hitting a motorcycle almost inevitably means actually striking another person with a vehicle.

There is a camaraderie of bikers.  If one biker goes down or has mechanical trouble with his or her bike, other bikers, even if they don’t know the rider, will invariably come to the aid of their fellow motorcycle rider.

I’m sticking in my car for now, but I will admit riding on two wheels and a motor was a lot of fun.